Some advice on how to match skate in Skatespotter

So how do we use the position and shape of the spots on a new skate photo to try and match it to the photos of skate already in Skatespotter?

Some people only look at one body area of the skate for example the nose (or rostrum), but this can be tricky if the photo isn’t good quality and that part of the skate is cut off the photo or the nose is covered in mud!

This is the way I do it.

First, I have a look at the general spot pattern on the skate I want to match, you’ll notice that there are certain types.

For example skate with loads of spots all over them 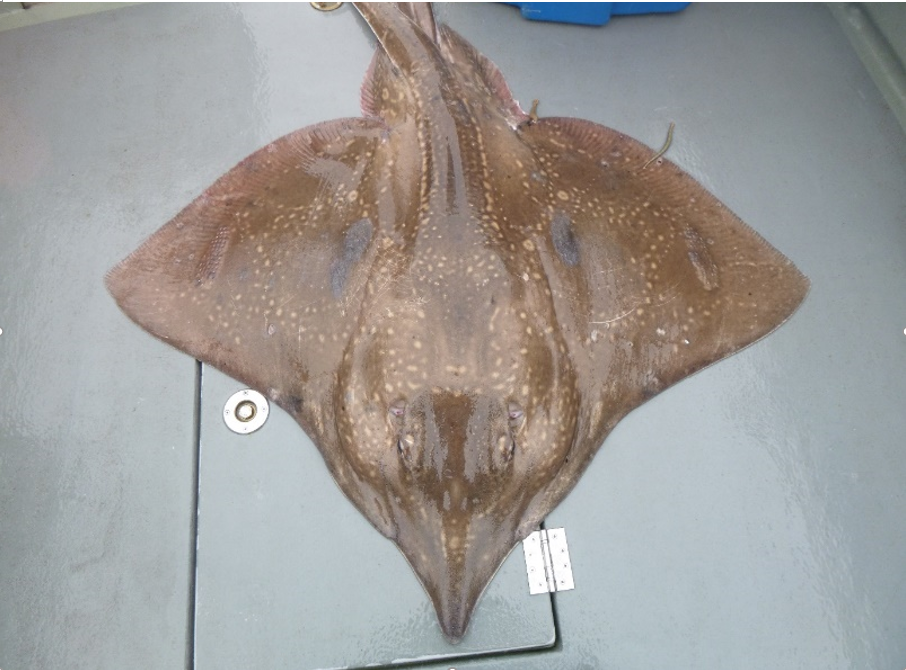 and skate with a symmetrical pattern of spots creating similar geometric shapes. 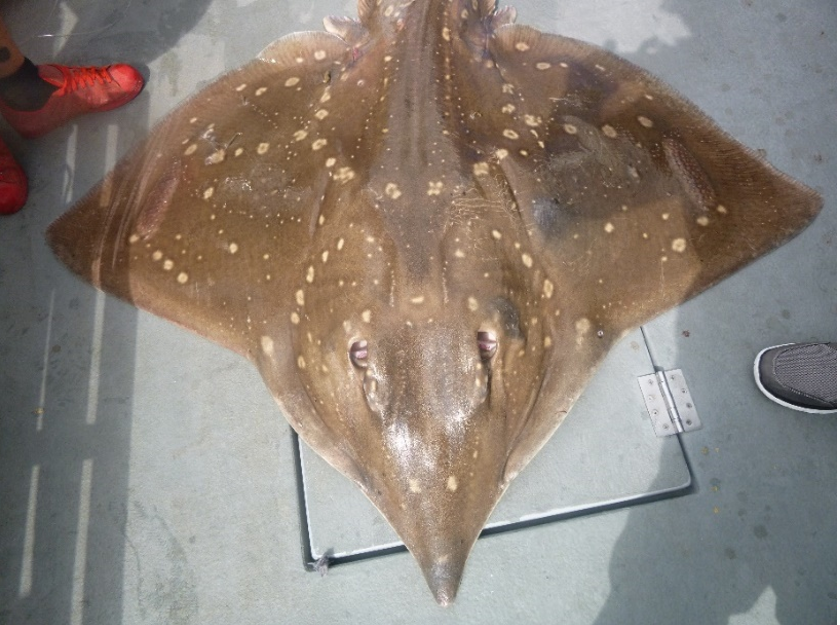 For skate with geometric shapes I look at the skate I’m going to match to see if there is anything unusual about it. For example this skate has a prominent ring of spots creating a “crown”, an unusal spot pattern on the gill arch and a distinctive straight line of round spots with no holes at the front ot the wings. The skate in the photo you are trying to match might only have one of these features (e.g. a distinctive gill arch or a straight line of spots on the wing) but my advice would be to focus in on that and look for it in the catalogue photos. If you see something that looks similar to the photo you’re trying to match you can check the position and shape of other spots to confirm the match. 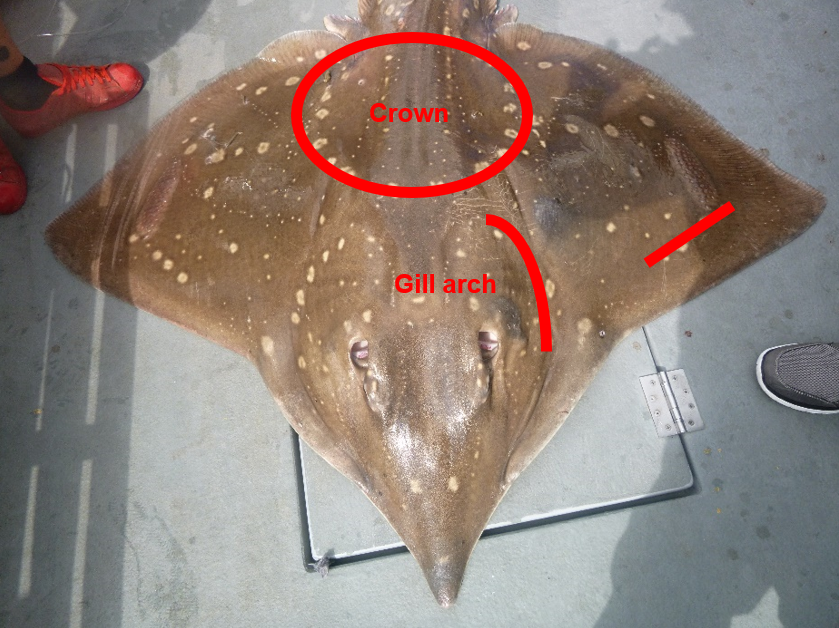 To match a skate with lots of spots I scroll through the photos looking for other skate with loads of spots (because there aren’t lots of these in the catalogue) and when I find one I check for any unusual spots on the new skate or the photo in the catalogue to see if they are the same. For example in the photo below the single spot on the rostrum, the line between the eye and the crown on the right hand side, the spots with holes in in the crown, and / or the line between and just behind the eyes (I call these the eyebrows!) are all quite distinctive, when you found a skate with lots of spots you could look for these extra distinctive features. 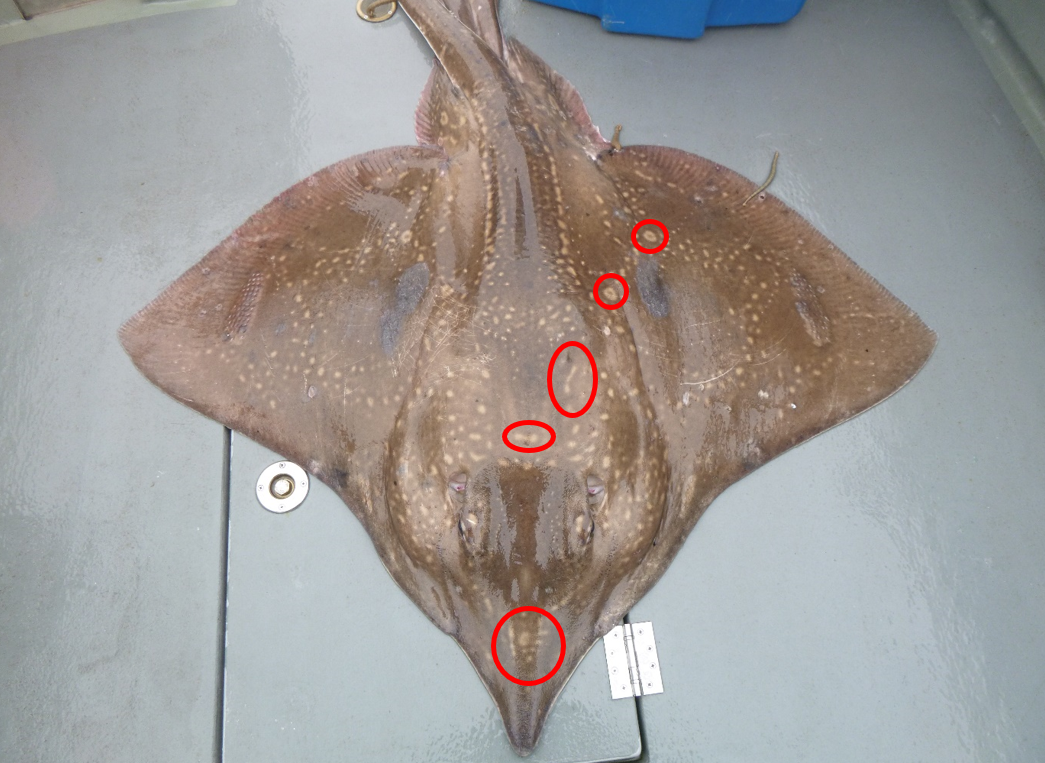 A closer look at the spots at the front of the crown of this skate show they have an unusual shape (rather than just being round or round with a hole in, although you could look for that too, there aren’t many skate with 2 perfectly round spots or rounds spots with holes in at the front of the crown), the one on the right is 4 smaller spots in a cross shape. I would really focus in on this and look for it on the skate in the database to make a match. Unusually shaped spots in the middle of the photo (the front of the crown is best then the eyebrows, between the eyes or on the rostrum) are particularly handy because your eyes don’t have to move too much when you scroll between photos which will stop your eyes getting too tired. 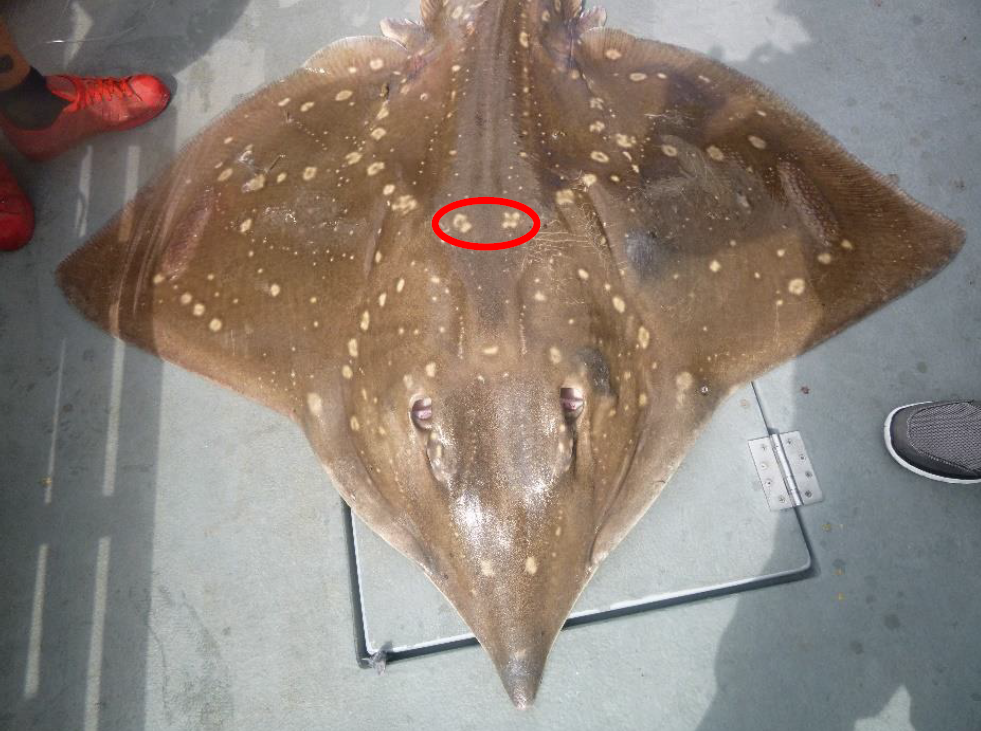 Skate with no distinctive features or where the photo is poor quality are the most difficult and often these skate take longer to match. For this skate the glare in the photo makes the left hand side of the photo difficult to see but here I would look for the U or W shape spot at the front right of the crown and if this isn’t visible in the catalogue photo the zig zag line of spots on the front of the wing is quite distinctive. 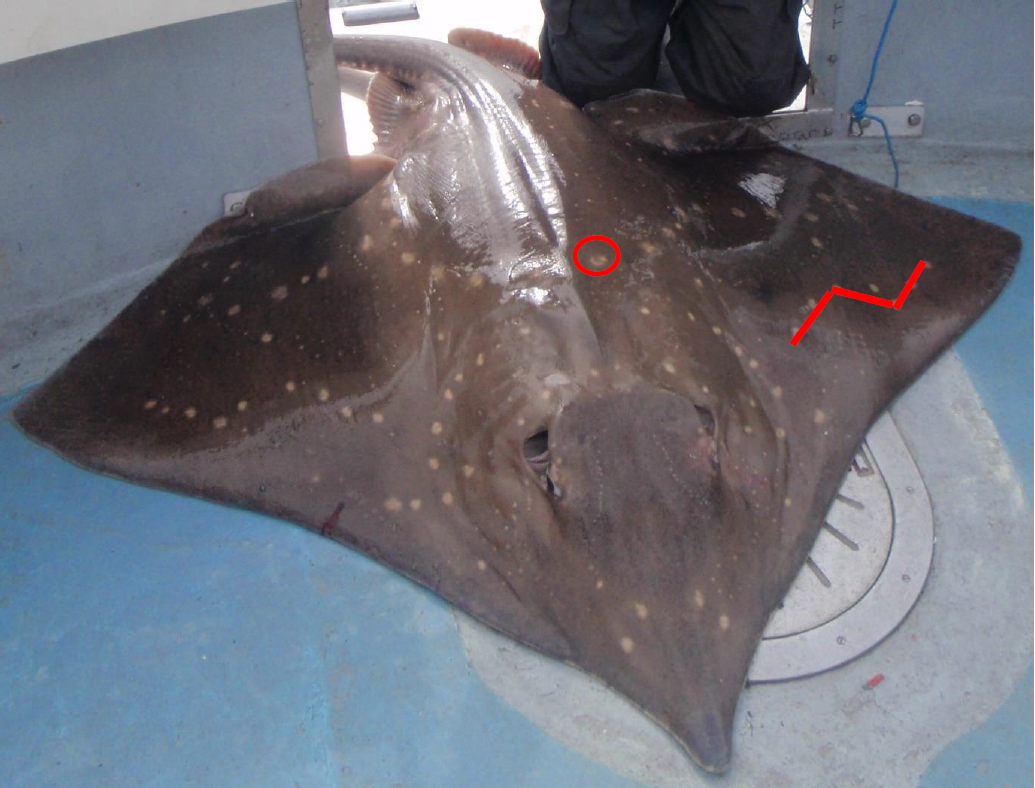 Don’t be afraid to go fast, especially when you’ve had some practice and feel you’ve “got your eye in”, you’ll be surprised how quickly your brain can recognise a match. If you are unsure, click maybe, all photos will always be checked by 2 people so your match will be confirmed (or not!) by someone else and the admin will do a final check of all potential matches before the skate is added to Skatespotter.

Thanks very much for your help! :)

We are continually working on the catalogue and hope to update it every 3 months or so.